As any good chef knows, creating spectacular food is both an art and a science.  Excellent food requires passion and a drive to always improve, perfect, and experiment. However, it does not take an expert to come to the conclusion that the passionate people behind Luli’s Cupcakes and Old City Brew Coffee are a match made in heaven.

Many know that Luli’s Cupcakes has been a staple on San Marco Boulevard since 2010, but what many do not realize is that Luli’s has had a new owner and chef since the beginning of this year.  Lela got her start in the restaurant business when she decided to make some big changes in her life.  She quit her job as a paralegal and moved to St. Augustine from Central Florida. “I had always been a cook.  I cooked for myself personally,” Lela explained.  When she arrived in our area, she got a job in a little diner where she learned the basics of cooking.  She then found her way to fine dining at Old City House Inn and Restaurant where she learned to refine her skills.  While working at Old City House, she began to meet people who were following Paleo diets.  She began to rethink her techniques and “that’s when my cooking started to clean up a lot.  It started to get fresher.” 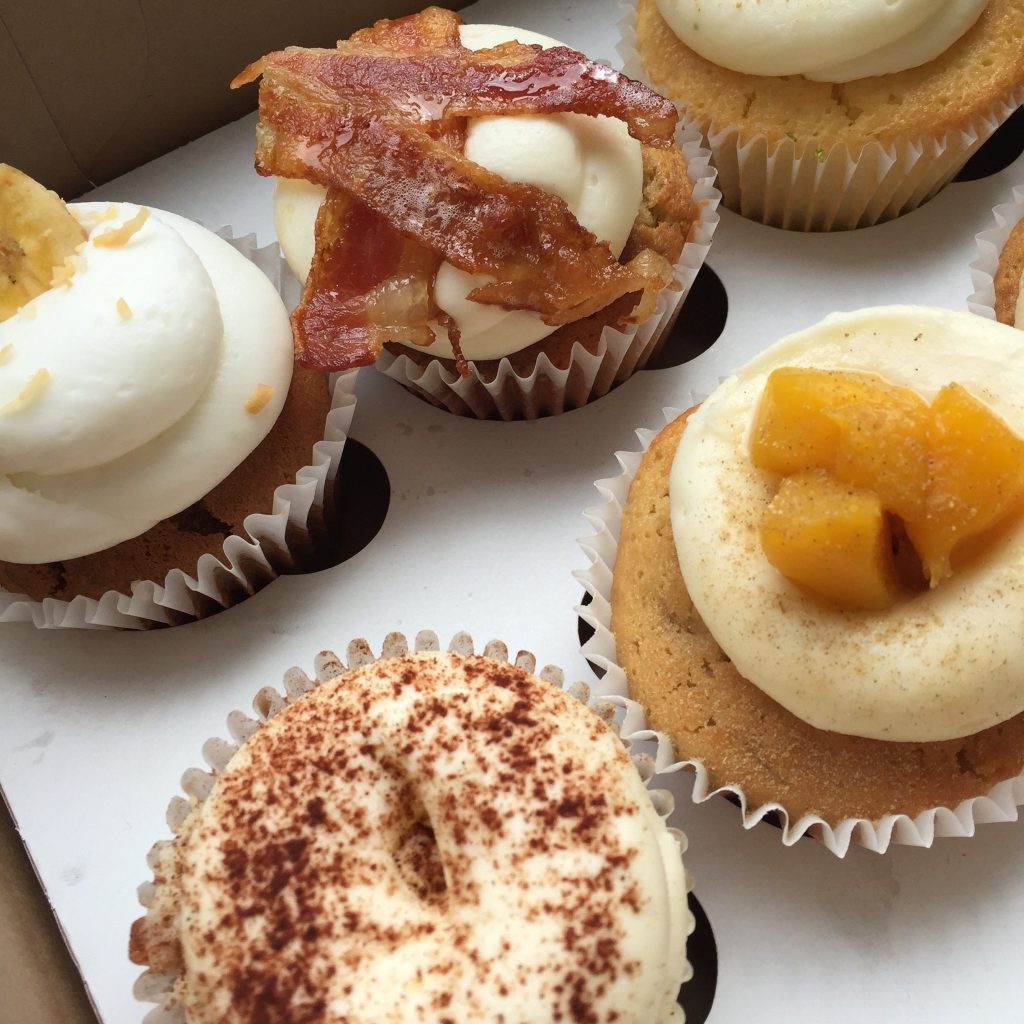 Luli’s Cupcakes is her first “baking gig”. Locals will still recognize Luli’s by the name and beautiful cupcakes in the bake case, but that’s where the similarities end.  Lela’s background in cooking has endowed her with a passion to infuse more sophisticated flavors and ingredients into the business.  Some of the old familiars are still present such as chocolate or vanilla cupcakes with copious, sweet frosting, but customers will find Lela’ s touch in the more sophisticated varieties.  She has added onto the menu and has included pressed sandwiches and her famous tomato soup made from only five fresh ingredients.  With her sweets, she specializes in working with nontraditional flavors, vegan, and gluten free.  She also offers cupcake flavors of the month and will create gorgeous custom cakes for special occasions.

This new approach to cupcakes is what caught Katarina from Old City Brew’s eye. “I appreciate her baking style, because she is a cook first then baker.  Bakers tend to use too much sugar,” Katarina explained as we spoke about the marriage between the two businesses.  “Exactly.  It [the sugar] takes away from the other flavors,” Lela agreed.  Lela’s intriguing mix of flavors and careful approach to ensuring her cupcakes are not too sweet convinced Katarina that this was the perfect place to serve Old City Brew coffee.  A perfect partnership had begun. 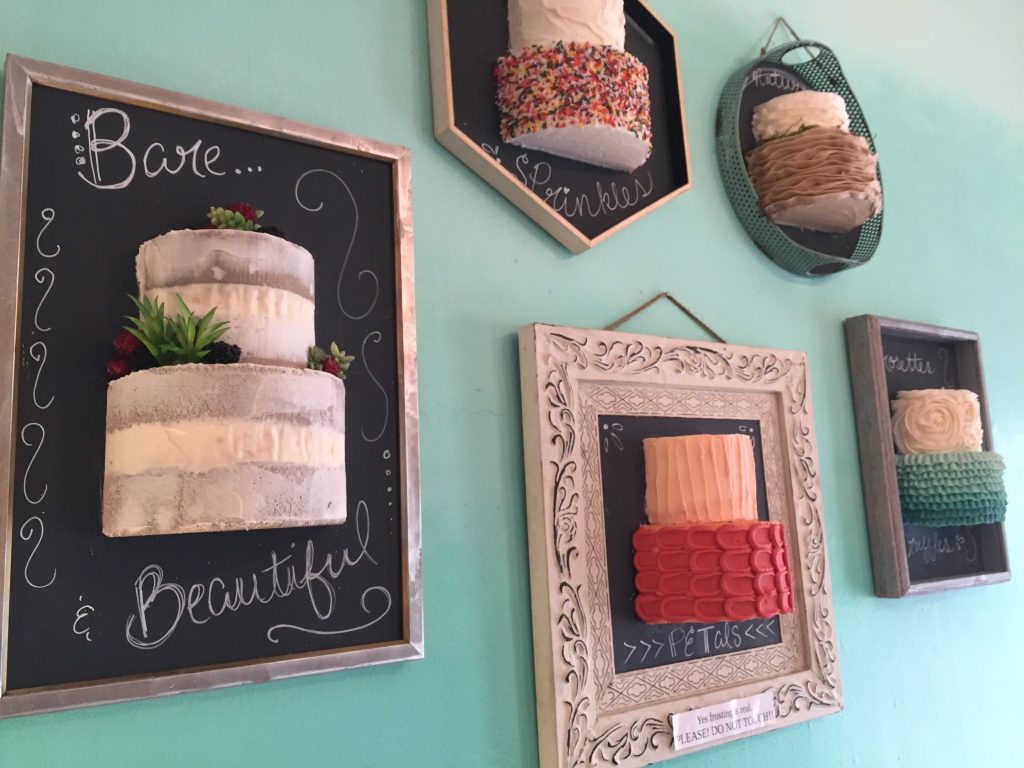 Old City Brew was born at a music festival when Katarina and her husband, Joey, had the best coffee of their lives.  When asked, the vendor informed the couple that he bought the beans from distributers and roasted the coffee himself.  “Our life has always been coffee centric,” Katarina admits.  “It was a natural progression.” Having strong family roots in Europe, Katarina grew up drinking coffee, and Joey owned a house in Costa Rica, where coffee is a staple in every home.  After speaking with the vendor, they purchased a home coffee roaster and started experimenting.  Intrigued with the process, Joey began to travel to learn all he could about coffee.  Katarina began to research and discovered a school where Joey could learn everything he needed to know about their passion.  After spending a week learning about the science and art of making coffee, he returned home determined to turn the couple’s passion for coffee into a business.

According to Katarina, Joey is the coffee geek, artist, and the roaster of the team.  Katarina is the taste tester, marketing expert, and creative director.  “My husband is like the brakes and I’m like the engine,” Katarina explains. This combination has created a partnership that was able to launch their perfection seeking coffee company, Old City Brew. 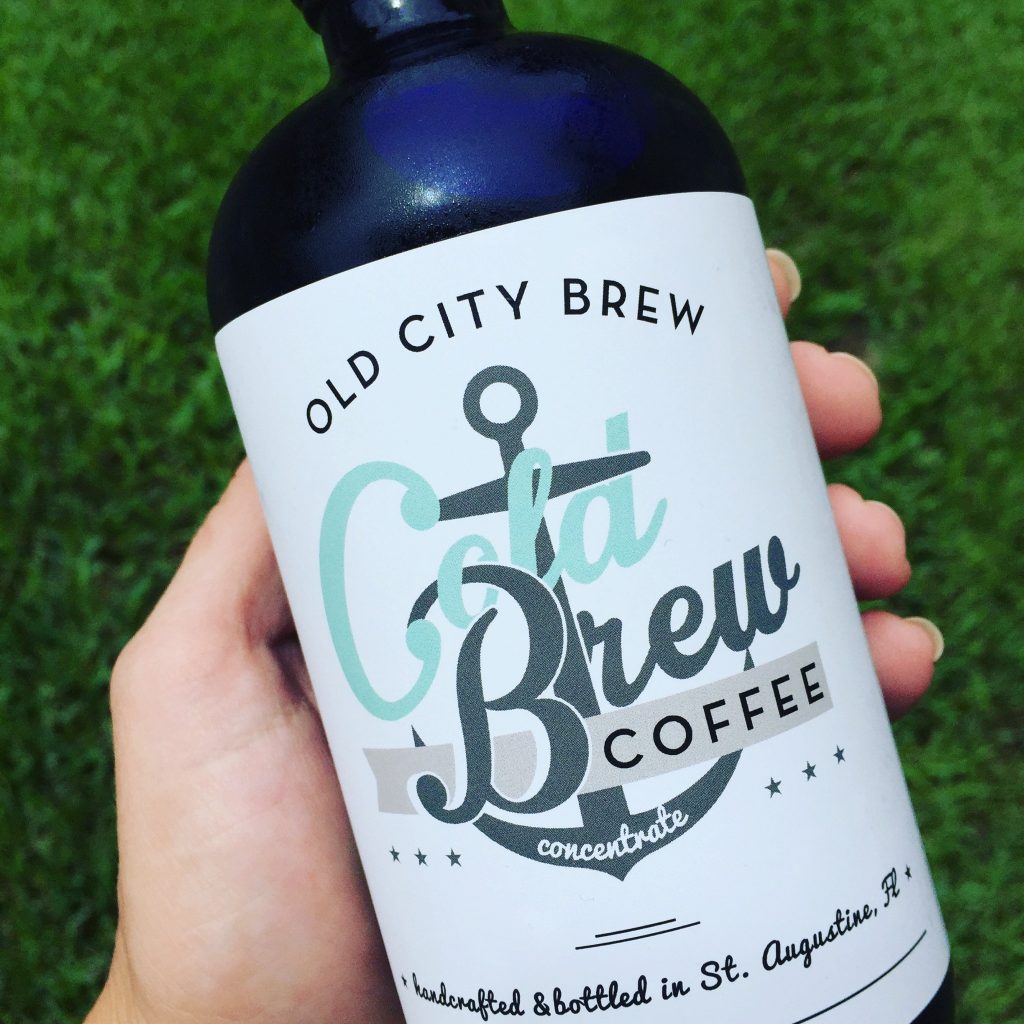 The morning that I sat down with Lela and Katarina, I snacked on a luscious, fresh mango and cardamon cupcake and enjoyed an incredibly smooth and flavorful cold brew.  The flavors of the cupcake were subtle, perfectly balanced, and refreshingly different than your average, overly-sweet cake.  It was so delicious and intriguing that I bought one to bring home to share.  I ended up leaving the bakery with five other flavors as well: Breakfast in Bed, Key Lime Pie, The Godfather, Nutty Monkey, and Luli’s famous Banana Vegan cupcake.

The Breakfast in Bed is a complete brunch in cupcake form.  The confection is a cinnamon roll cake with pecans, topped with cream cheese frosting, crisp bacon, and a drizzle of orange maple syrup.  It is neither too sweet nor overpowering.  Key Lime Pie is a well done riff on the classic Floridia desert.  The Godfather is sponge cake soaked with Old City Brew, topped with Mascarpone cheese frosting, and finished with a dash of cocoa powder.  Nutty Monkey is a dense banana cake frosted with peanut butter frosting.

As delicious and perfect as these cupcakes were, the hands down favorite was Lela’s Vegan banana cupcake with coconut frosting.  I would have never guessed that vegan baking could be so delicious.  And since I’m being completely honest, I am not a fan of bananas.  I now crave this cupcake.  My husband and I plan weekend trips into St. Augustine to get one of these delicious confections.  I have been converted and I beg for forgiveness for believing that Vegan baked goods could never be superior to conventional treats.

The Vegan cupcake experience, which is what I now refer to that fateful Saturday morning, was life changing.  However, it was not only the cupcake that was a revelation. My glass of cold brew from Old City Brew was by far THE best cold brew I have ever had.  In all my travels, and in every coffee shop I come across, I always get a cold brew coffee.  Some are good, however, most leave an acidic, bitter aftertaste and fuel me to continue my quest.  The glass that Katarina made me, complete with coffee ice cubes, was smooth, flavorful, and absolutely delicious.  It is the measure I now use to compare every other cold brew I have.  The couple also sells whole beans, which are expertly roasted, for the drinker that prefers a hot cup of coffee.  Old City Brew does not have their own retail space, but for now the couple prefers to team up with amazing local businesses.  Luli’s is a great venue to sample their hot and cold versions. Katarina and Joey also have a cart that they use to keep the business mobile.  I highly recommend that you locate them as soon as possible to try their nitro coffee.  Expect your coffee world to be turned upside down.